Thursday afternoon we made our way to Berlin. An idea that was hatched in December finally took off. Instead of the usual five at Christmas

the three of us (Christina, Christoph and I) went to see Sophie.

This time I already started taking pictures on the plane which drew Christoph’s wrath on me but I couldn’t help myself.

So glad we booked on Austrian since LH was striking again by the way.

Sophie picked us up from the airport and by bus we made our way to Schöneberg.  We had to change once and while waiting for the next bus we sampled one of the local beverages. 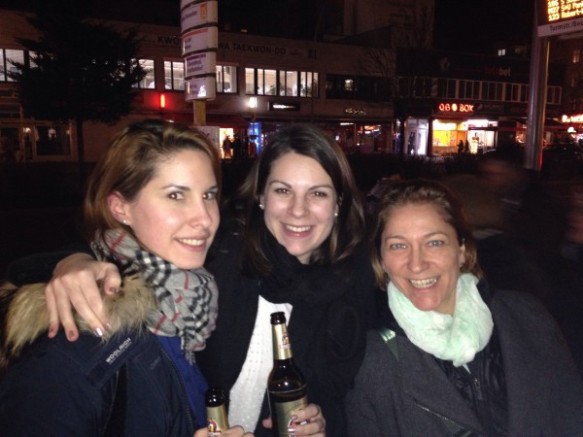 Once at the hotel Christoph and I checked in while the girls had to go a bit further to Sophie’s place. A meeting time was agreed on for later and we settled in at the Lindemanns. 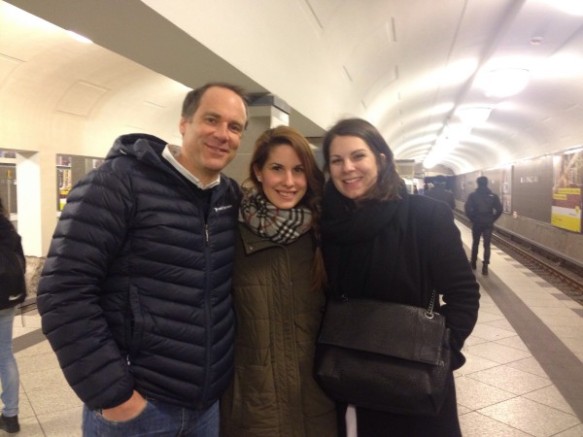 we made our first stop of the evening at Dada Falafel where we had excellent vegetarian dishes after even I got convinced that meat was not an option anymore on that evening. 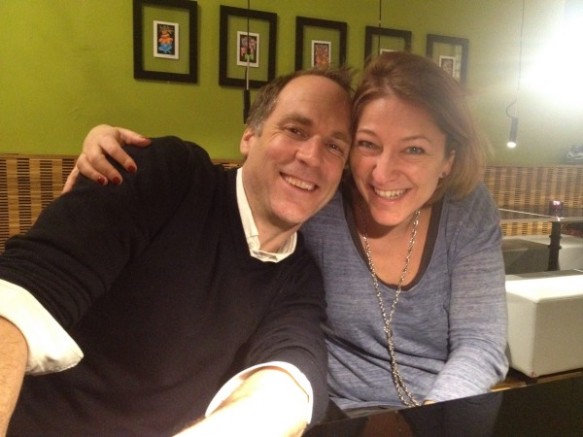 From there we looked for a bar to continue the evening. After walking around for a bit (which sounds shorter now than it actually was) we hopped on the metro again and went eventually to the Wuergeengel. After a last drink there we called it a night and home we went. And this now sounds earlier than it actually was. Yours, Pollybert